Tom Hiddleston has told fans to wait until they've seen 'Thor: The Dark World' before completely ruling his character Loki out of 'The Avengers' sequel 'The Avengers: Age of Ultron'. 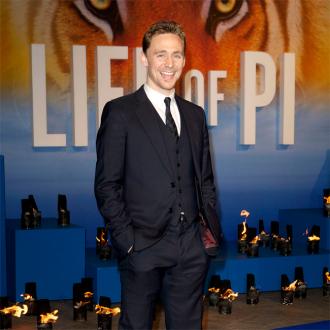 Tom Hiddleston has hinted his 'Thor: The Dark World' character Loki could appear in 'The Avengers: Age of Ultron'.

The actor is not supposed to be reprising his villainous role in the Marvel superhero team sequel, but has cryptically told fans they should wait until they've seen the new 'Thor' movie before completely ruling Loki out.

He told MTV News: ''Who knows? You'll have to see what happens in 'The Dark World' to find out where Loki finishes up.''

Hiddlestone, 32, would like another crack 'The Avengers' because he thinks Loki deserves a fight against the Hulk - played by Mark Ruffalo.

He added: ''I do feel like there's some unfinished business between Loki and the Hulk, I feel like he didn't get a fair fight.''

In 'Thor: The Dark World' the hammer-wielding superhero (Chris Hemsworth) must team-up with his adopted brother Loki in the fight against Malekith the Accursed, leader of the Dark Elves.

Hiddlestone says the change in their relationship leads to an interesting dynamic between the two actors.

He said: ''Loki has a very complicated relationship with Thor, he is an agent of chaos without equal in the world he inhabits. He knows his true nature. He knows he doesn't belong in the family of Asgard, and he's locked away in the beginning of the film in the deepest, darkest recesses of the dungeon as public enemy number one.''