Tom Hiddleston sent the Comic-Con crowd into frenzy with a cleverly organised stunt. 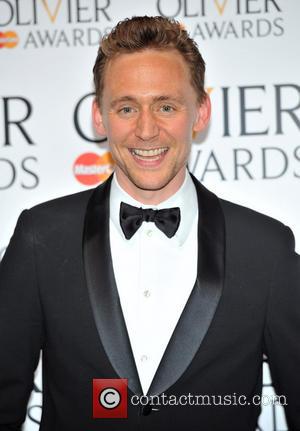 Tom Hiddleston was one of the marquee names at this year's Comic Con: San Diego and we caught up with him on the red-carpet to talk about the amazing reception he received during the Thor: The Dark World press conference, at which new footage was screening.

In one of the most innovate and exciting panels from this year's event, Hiddleston appeared in full regalia as his villainous Loki character to unveil the new promo. The Marvel panel was plunged into darkness before the British actor addressed the gathered crowd in Hall H.

"Humanity! Look how far you've fallen...Lining up in the sweltering heat. Huddling together in the dark - like beasts!" he said, "It seems I have an army." Chris Hemsworth as Thor in The Dark World

Chatting about the super-geek reaction to the stunt, Tom said: "Honestly, it was a wall of sound, there was adrenalin pumping through my body, it was probably akin to the adrenalin that goes through your body when you're involved in a car crash. It was an extraordinary reception."

Thor: The Dark World opens in theaters in the US on November 8, and in the UK on October 30, 2013. It stars Chris Hemsworth's as the God of Thunder, facing off against the evil Malekith (Christopher Eccleston). Hiddleston plays Thor's adoptive brother Loki, while Natalie Portman reprises her role as Jane Foster. The Poster For Thor 2: The Dark World