Tom Hiddleston Has Written An Article In Support Of A United Nations Children's Fund (Unicef) Campaign Calling On The U.k. Government To Protect Children In Warzones. 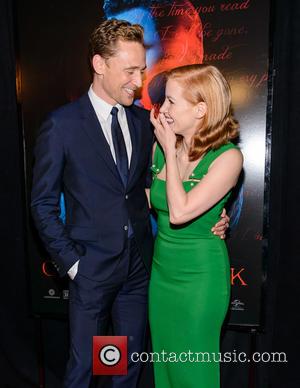 The Avengers star flew to South Sudan on a mission with UNICEF in February (15), and he witnessed the effects the long-running war in the region had on kids, who are forcibly recruited to fight on both sides of the conflict.

Tom details the harrowing trip in an article for Britain's The Independent newspaper, in which he describes a visit to a village where at least 89 boys had been abducted from school to fight in the war just days earlier, and he met a 15 year old who had escaped.

"Sitting on the floor together in the corner, he told me that he feared for his life, that everyone did," Tom writes. "He told me: 'we have a big problems and worry. The soldiers - they are killing the people'. But despite the immense danger, he still wanted to attend school and prepare for his exams...

"Children face an impossible choice - kill or be killed... (UNICEF) are working to release and rehabilitate children forced to fight."

Tom urges fellow Brits to sign a petition calling for U.K. Prime Minister David Cameron to address the issue during the World Humanitarian Summit in May, 2016.

"It is for these children, for boys like John and Afrikey, that I am backing UNICEF UK's new campaign... Children, whether those journeying as refugees through Europe or living in conflicts like South Sudan, deserves a chance of childhood... For the sake of every child in danger, our leaders must step up and do more."

In 2013, Tom visited West Africa with the charity and later undertook a poverty challenge, in which he had to live on $1.50 (£0.94) a day for a week, and he has also starred in a number of their campaigns.