Welsh Music Icon Sir Tom Jones "Had A Feeling" Singer Rita Ora Would Quit As A Judge On Talent Show The Voice After A Disastrous First Season. 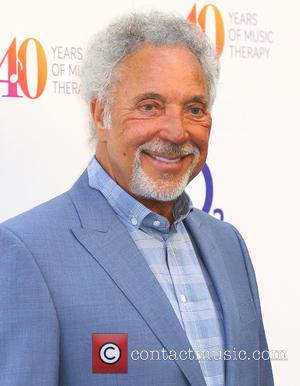 The Delilah singer reveals he feared Ora would quit after she failed to get any of her acts into the final of the British TV show.

The I Will Never Let You Down star has since left the show to join Simon Cowell's rival series The X Factor.

Jones says, "Rita was really devastated. I would have felt the same way if it happened to me. I talked to her at length to try and console her because she was very upset. I thought 'I don't know if she'll do the next one'."

He tells Britain's Star on Sunday newspaper that he would love to return to the talent show for a fifth year, but only if producers want him. He adds, "I hope to be sat back in my chair with (fellow judges) Will.i.am and Ricky Wilson. We are all friends, I love being on the show and I would love to be back if they want me."