Sir Tom Jones has revealed 'Hold Back The River' hitmaker James Bay has ''promised'' to write a song for him and the 25-year-old singer is planning on keeping in line with Tom's ''rootsy Americana'' vibe. 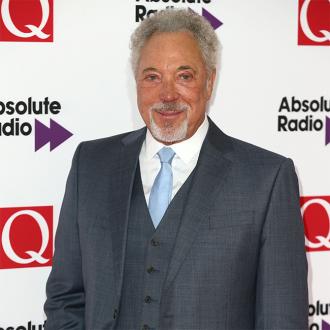 Sir Tom Jones says James Bay has ''promised'' to write a song for him.

The 'It's Not Unusual' hitmaker is a huge fan of the 'Hold Back The River' singer and has teased the possibility of a collaboration between the pair in the near future.

Talking to BANG Showbiz at the Q Awards in London on Monday (19.10.15), the 75-year-old singer said: ''I presented James Bay with his award, Best New Artist, and I said I wish I could have won one of these when I started but Q magazine wasn't going 50 years ago when I started.

''James has promised to write me a song, so when we do it, I might do a duet with him.''

And the 25-year-old star insists he is ''totally ok'' with the idea as well and is already thinking about what sort of genre to go for.

He added: ''If Tom Jones is saying this, that I'm going to write a song for him, then I'm totally ok with it. I guess I'd want to do something that was like the rootsy, Americana-type music he's making right now.

''I saw Tom live in the summer and even with his classic tunes he's put this Americana twist on them, I'd like to do something like that with him.''