Sir Tom Jones is on the mend after undergoing a second hip replacement. 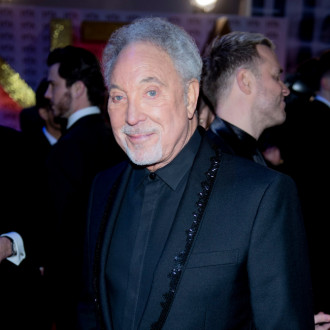 Sir Tom Jones has had a second hip replacement.

The 82-year-old singer had hip surgery in 2017, and he's now revealed via social media that he's on the mend after undergoing a second hip replacement.

The 'Delilah' hitmaker wrote on Instagram: "Papa has two new hips now! For all those concerned and sent in well wishes, I am pleased to report my recent surgery went very well, I'm following orders and doing my physio, so happy to say I will be back soon! (sic)"

Tom opened up about his health troubles earlier this year, when he revealed that he was "biding time" until his second hip replacement.

The chart-topping star also admitted that his hip problem was dictating how he performed on stage.

He said: "I can do about four songs without sitting … and I can walk on, I've got an inversion table in my dressing room.

"So you go upside down for a couple of minutes and then you come up and then you can get on and off that you think, 'Oh, this is great, you walk because it hasn't settled down yet'. It doesn't back down. So I can do like four songs like that.

"Then it starts in my show, I sit down for 'The Windmills of Your Mind', I've been doing that anyway, you know, sit down for that. But then I would get up and do more.

"Now I don't get up. I've tried singing upside down but all the audience are on the top of their heads.

"I do four songs sit down and say, look, normally I would get up after this, but tonight just on the stool just to take the weight off this leg. And I found that I could sing easier sitting than standing."