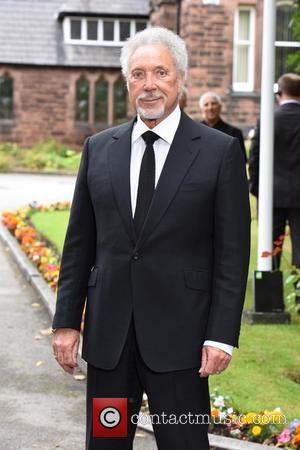 The 72-year-old pop star-turned-TV presenter passed away on 1 August (15) after suffering a fall at her villa in Spain.

Hundreds of fans lined the streets of Woolton in Liverpool to honour the singer as the hearse carrying her coffin embarked on a two-mile (3.2-kilometre) procession before reaching St. Mary's Church, where Black married her husband Bobby in 1969.

Before entering the church, Welsh singer Jones told Sky News, "She was always happy and she always had the common touch which I feel I've got as well. We come from working class people and she never forgot it. She was always the same. Showbusiness never affected her and I liked that."

The Catholic service, conducted by the Right Reverend Thomas Williams, Auxiliary Bishop of Liverpool, was broadcast live on TV in the U.K., and her good friend, veteran singer Richard, delivered the first eulogy, telling mourners, "I'm not sure what to say. I cannot think of Cilla in the past tense, it just seems outrageous. There are certain people you believe somehow they're always be there... I feel really privileged that I met her and I got to know her as a friend... Cilla, this is just a hiccup in our relationship and I'll see you again."

Richard then sang a rendition of his hit Faithful One.

During the service, other stars paid tribute to Black including British entertainers Paul O'Grady, Jimmy Tarbuck, Christopher Biggins, and her two of her three sons, Ben and Robert.

The coffin was then carried out as The Long and Winding Road by the Beatles, who also started out in Liverpool at the same time as Black, was played in the church.

Speaking after the service, Lloyd Webber called Black a "fantastic person to be with" and added that although it was a sad day "there was a sense of real celebration".

After the service of remembrance, Black was due to be buried in private at Allerton Cemetary alongside her parents.