Sir Tom Jones, one of the judges of the UK talent show The Voice stayed at the London Savoy whilst appearing on the show. His hotel bill, paid by the BBC, is reported to have been £15000. 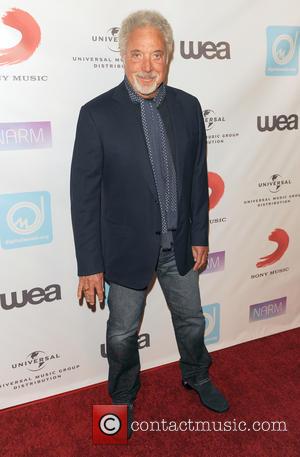 Tom Jones is one of the judges of the UK talent show The Voice, alongside Jessie J, Will.i.am and Danny Donoghue. It has been revealed today that the BBC paid £15000 for the singer (who is acting as a vocal coach for contestants) to stay at the London Savoy hotel.

The Final of The Voice is due to air on BBC One at 7.15pm on Saturday 22nd June. This latest controversy will probably cause an upsurge in viewers questioning if Tom Jones' role on the show was really worth his rumoured appearance fee of £500000 and his £15000 hotel bill. Jones, as of Sunday, will have been staying at the Savoy for 21 days.

The BBC which receives all TV licensing fees has been heavily criticised for using £150000 of this money to pay for Tom Jone's hotel bill. The company makes over £3 billion from TV licensing every year, according to their financial report, as such this bill is comparatively miniscule to their overall income. Surely someone should have asked exactly how this vast sum of money is spent before now?

The BBC itself is concerned. In a statement made last week Lord Patten, head of the BBC Trust, said "We have to demonstrate that we are using licence fee payers money reasonably". This latest public relations fiasco is hardly supporting this statement.

The 74-year-old singer has had to fly in from his Los Angeles home in order to judge the competition. Staying at the Savoy will set you back £695 per night (on an arranged rate) whilst booking at the last minute could cost anything from £900 upwards. A spokesperson from the BBC said "all coaches have their own agreements with the production company for the series. For Sir Tom Jones this includes his accommodation as he does not live in the UK". The London Savoy is a five star hotel which boasts past guests such as 'Sir Winston Churchill, Frank Sinatra, Maria Callas, Claude Monet and Katharine Hepburn'.

So let's put this into a basic maths problem: If Tom Jones stays at the Savoy for 21 days with each night costing the BBC £695 (as estimated by the Sun), how much will the total bill be?

The Sun reporter evidently struggles with basic mathematical principles as the actual cost of the stay (if we exclude extra charges such as room service) is £14595. The £405 will probably not make any difference to their opinions on the matter but sometimes it's to be precise.

Elsewhere, as reported in the Telegraph, BBC matters are slightly less trivial with the BBC spending £28 million over 8 years. This money, which comes out of the viewer's pocket, has been used to pay off a number of employees who threatened to speak out against others within the company over charges of harassment and bullying. Jessie J and Will.i.am who judge alongside Tom Jones on The Voice UK