Tom Odell wishes the piano was considered a ''cool'' instrument and is determined to prove people's perceptions wrong.

Tom Odell wants to prove the piano can be rock 'n' roll.

The BRIT Award-winning singer has lamented the fact his instrument of choice isn't considered as ''cool'' as the guitar and hopes he can change people's perceptions of it.

He told the Daily Star newspaper: ''I think the piano is just as rock 'n' roll. You look back to Jerry Lee Lewis, Ray Charles, [Sir] Elton [John] in his early days, Billy Joel, those guys were f***ing cool - the way they played the piano and the amount you can do with the piano. I stand up now and give it hell.''

The 22-year-old star used to feel nervous at gigs when he was forced to play on a cheap keyboard and is now determined to prove his critics wrong by showing them his piano skills during his live shows.

Tom said: ''People relate to the guitar easier than the piano so I had to learn to deal with the stigma. A lot of venues don't have pianos so you end up playing some rubbish little keyboard that sounds like one.

''People tell me it's uncool but I want them to come to a live show and I'll show them.''

The 'Another Love' hitmaker will be supporting The Rolling Stones at their final British Summer Time Hyde Park gig in London this Saturday (13.07.13) and admits the thought of stepping out on stage in front of such a large crowd is ''terrifying''.

He added: ''It is completely terrifying because it's 65,000 people, but I'm looking forward to it. In my wildest dreams I wouldn't have believed I could support them.'' 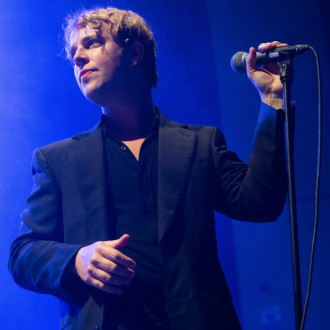