Rocker Tom Petty Has Distanced Himself From America's Ongoing Confederate Flag Controversy, Revealing He Regrets Using The Symbol In The Past. 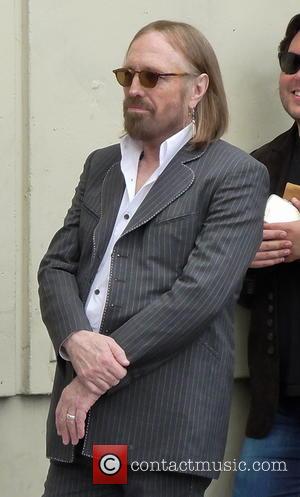 Fans of the Southern Cross ensign have been urged to stop flying the flag after racist gunman Dylann Roof used it as a symbol of his hatred for African-Americans, which led to him shooting and killing nine people at a South Carolina church last month (Jun15).

Some stars who have used the flag onstage and on TV remain defiant, but Petty admits he always thought it was a terrible decision to associate himself to a symbol often linked to slavery and America's dark past.

In a new essay written for Rolling Stone, the Free Fallin' rocker confesses his use of the Confederate flag to market his song Rebels was "downright stupid" and he halted a show to tell fans he spotted wearing flag bandannas and other clothing items they had missed the theme of his song.

He recalls, "I said, 'Look, this was to illustrate a character (in the song). This is not who we are. Having gone through this, I would prefer it if no one would ever bring a Confederate flag to our shows again, because this isn't who we are'.

"It got a mixed reaction. There were some boos and some cheers. But honestly, it's a little amazing to me because I never saw one again after that speech in that one town. Fortunately, that went away, but it left me feeling stupid."

And following the massacre in South Carolina, the Southern Accents singer urges his fellow Southerners to reflect on what the Southern Cross means to African-Americans.

He adds, "People just need to think about how it looks to a black person. It's just awful. It's like how a swastika looks to a Jewish person. It just shouldn't be on flagpoles.

"Beyond the flag issue, we're living in a time that I never thought we'd see. The way we're losing black men and citizens in general is horrific. What's going on in society is unforgivable. As a country, we should be more concerned with why the police are getting away with targeting black men and killing them for no reason. That's a bigger issue than the flag."