Tom Waits Has Paid Tribute To His Longtime Friend Keith Richards By Writing A Poem In His Honour. 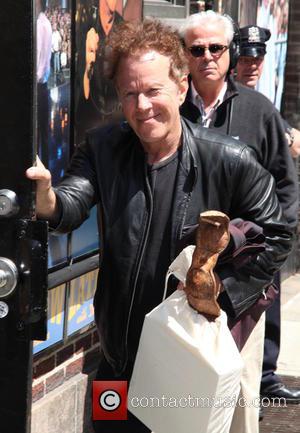 Picture: Tom Waits - A variety of stars were photographed as they arrived to Ed Sullivan Theater ahead of their interviews on the 'Late Show with...

The musician has collaborated with the Rolling Stones legend a number of times over the years, and now Waits has shown his gratitude by putting together a special piece of writing about his friend.

The comedic poem, which has been published in a special issue of Rolling Stone magazine dedicated to Richards, reads, "He can run faster than a fax machine. His urine is blue. He smells like a campfire. He was once slapped by the Queen. He has walked the equivalent of three times around the Earth... He once won the Hope Diamond in a poker game. And in the same night lost it in a game of craps... Keith once took my 10,000 dollar overcoat. To put down across a mud puddle. To allow an octogenarian laundress. Named Clementine Moorhouse to cross the street. Comfortably. That's Keith always the gentleman."