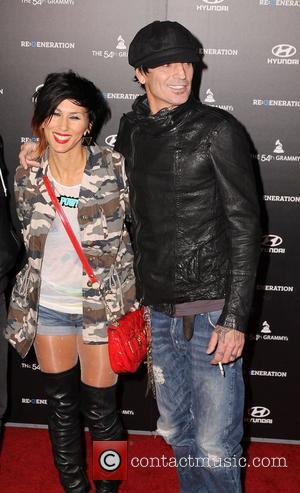 Rocker Tommy Lee has agreed to pay a former assistant $400,000 (£250,000) and issue a public apology to settle a dispute over unpaid wages.
Michael Sullivan launched legal action against the Motley Crue star in December (11), claiming he was regularly asked to be "on call 24 hours a day, seven days a week" during his six-year employment with Lee, but did not receive full payment for the extra hours worked.
Sullivan, whose job was terminated in March, 2011, had only asked for $50,000 (£31,250) in damages for "lost profits and business opportunities", but he has now landed a bumper compensation packet to put an end to the lawsuit.
According to America's Star magazine, Lee has also agreed to publicly apologise to Sullivan.