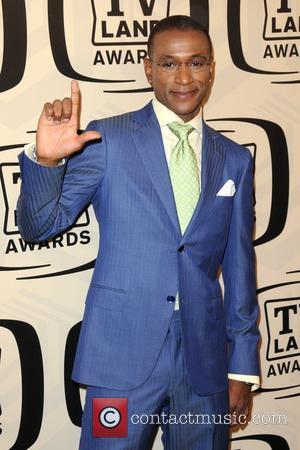 Rocker Tommy Lee has fired off a letter to SeaWorld bosses demanding they quit playing his music as the loud noise makes life "hellish" for the theme park's animals.
The drummer has asked John T. Reilly, the president of the San Diego branch in California, to ban all Motley Crue tracks from the Shamu Rocks show, during which a killer whale performs tricks to rock music.
Animal-loving Lee claims the noise blasting through the complex harms the sea creatures, and wants no part in the "sad" production.
In his note, sent via People for the Ethical Treatment of Animals, Lee writes, "I'm writing to ask you not to play any Motley Crue songs at any of SeaWorld's parks during this sad show. Although we like to torture the human fans who willingly come to our shows, we don't want to be a part of making innocent animals' lives hellish."
It is not the first time Lee has picked a fight with SeaWorld - in 2010, he demanded the release of a whale named Tilikum from the chain's Orlando, Florida location after the orca killed a trainer.