It’s not just Lil Wayne whose suffering in the rap fraternity at the moment, with news coming in that MC Tone Loc – whose heyday came in the 1980s – collapsed while performing on stage in Iowa.

Loc – real name Anthony T Smith – has had history of collapsing before. In 1995 he collapsed while attending a Los Angeles Lakers game, with no reason provided, while during a 2009 concert in Florida he suffered from a seizure. According to Sky News, this latest incident occurred while he was finishing a song at a show on Saturday night (March 16, 2013) with the concert subsequently ending abruptly and fans asked to leave while the 47 year-old was treated. Paramedics responded to the situation but Loc apparently refused to be taken to hospital. There has been no response from him or anyone involved with him either, so his current condition remains unclear. The star is best known for his 1980s hits Funky Cold Medina and Wild Thing,

It’s been well-documented recently that Lil Wayne suffered another seizure last week, following on from two he suffered from while on a plane, causing the flight to subsequently make an emergency stop. As with Loc, Wayne’s condition is unclear though it is believed that he is still in intensive care over his latest episode.

Tone Loc Collapses On Stage But Says No To Hospital

Tone Loc collapsed on-stage, though his refusal of medical help suggest it may not be too serious

Grammy-winning rapper Tone Loc collapsed on Saturday night (March 16) during a show in Des Moines, Iowa. Loc then refused to go to hospital, according to reports.

The rapper – real name Anthony T. Smith - collapsed after finishing a song, causing the show to abruptly end. Fans were asked to leave. It still isn’t clear why he collapsed, as he hasn’t responded to any messages, but his refual to go to hospital, and the paramedics not insisting that he should, would suggest it’s not too serious. Loc, who is best known for his 1980s hits Funky Cold Medina and Wild Thing, collapsed and had a seizure during a 2009 concert in Pensacola, Fla. Authorities it was down to overheating. He also collapsed in 1995 while attending a Los Angeles Lakers game, and, like the latest collapse, the reason has was not given. Continue reading: Tone Loc Collapses On Stage But Says No To Hospital 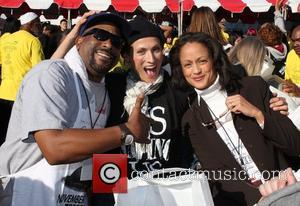 Tone Loc Collapses on Stage But Says No To Hospital 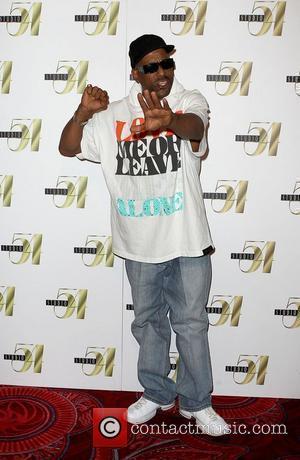