The one-hit-wonder claims they have used the song without her permission.

‘Mickey’ singer Toni Basil is suing several companies who she claims have used her 1982 song without her permission.

Among the defendants named in her suit, which was filed in Los Angeles on Thursday (August 31), are media companies Disney and Viacom, as well as television shows 'South Park' and 'RuPaul's Drag Race'. Basil claims that she only recently became aware that 'Mickey' had been used in TV shows including ‘South Park’ and ‘RuPaul's Drag Race’ as well as in an advertisement for clothing company Forever 21.

Basil was particularly offended by the use of the song in a Forever 21 advertisement for their line of Disney products, which she claims now means the track is associated with Mickey Mouse.

‘Basil was never consulted and would never consent to the use of her voice, persona, image or named coupled with Disney products.

‘Basil’s exclusive right to publicity has been damaged by the coupling with Mickey Mouse and the Disney brand.’

More: Disney Say Goodbye To Netflix As They Prepare To Launch Their Own Streaming Service

The complaint goes on to state that after learning about the alleged unauthorised use of the track, Basil has ‘become withdrawn, despondent and physically ill.

‘She has experienced sleep deprivation, nightmares, and anxiety as a result of Defendants’ actions,’ the complaint adds.

Basil was also angered by 'South Park' using the song in an episode from November 5, 2008, after the election of Barack Obama, where the lyrics were changed to ‘Obama, you’re so fine, you’re so fine you blow my mind, hey Obama, hey Obama’.

And when the Spanish version of the song was used during a 'lip sync for your life' segment on 'RuPaul's Drag Race' season three.

Basil was a choreographer who had worked with stars including Bette Midler and David Bowie when she released ‘Mickey’, her only hit, in 1982. 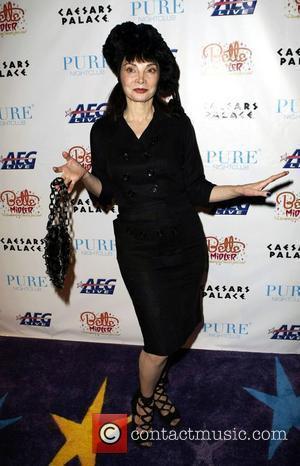