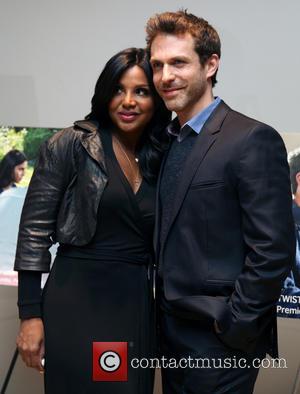 The Un-Break My Heart hitmaker stars in the Lifetime film, about a Christian mother who falls in love with an Orthodox Jewish widower, and she recruited her nine-year-old Diezel, who suffers with the developmental disorder, to appear in the project.

The boy was originally supposed to play Braxton's onscreen son, but she didn't want to put too much pressure on him.

She tells the Associated Press, "By the time we worked out the shooting schedule, school had started. Even though he's considered high functioning right now, he wasn't in the past, and that's why I thought him carrying the movie and trying to do the movie and tutoring would have been too much for him.

"He was a little disappointed at first, but I think in the end, he's happy about the turnout."

And Braxton is urging fans and critics alike to be kind after seeing her first dramatic role: "Singing is indigenous for me, but acting is not. I've had to work to prepare for it... Be nice to me, guys! This is my first real acting debut! There are a few boo-boos... It's a lot more technical than I thought."