Tony Banks has admitted he would love to get back together with his Genesis bandmates and repeat 2007's 'Turn It On Again' tour. 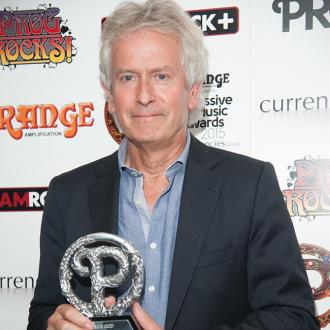 The keyboard player insists he will ''never say never'' to getting back together with his bandmates, Phil Collins, Mike Rutherford and potentially original singer Peter Gabriel, but the only thing stopping them is Phil is ''not quite able'' to play the drums like ''he did in the past''.

Speaking exclusively to BANG Showbiz on Thursday night (03.09.15) at the Progressive Music Awards 2015 at the Underglobe below Shakespeare's Globe Theatre in London, Tony said: ''I'd love to say that we are, but I know nothing of it.

''It's never a problem for me really. Mike and I see each other a lot and we are always up for anything really. The problem really is Phil is not quite able to do what he did in the past, but we never say never.''

The 65-year-old musician - who was honoured at the ceremony with the Prog God title - thinks it would be great to play the same set they did in 2007 on the 'Turn It On Again' tour.

Tony is adamant just because they are ''getting a bit older'' a reunion is still a possibility because they ''all get on'' still.

He explained: ''Despite what you might read sometimes we all get on. I'd love to do the tour we did before in 2007 with Daryl Stuermer and Chester Thompson. We are all getting a bit older, but we are all still alive.''