'Nightcrawler' premiered at the Toronto Film Festival on Saturday (6th September) and its star Jake Gyllenhaal has been praised by critics for his depiction of a desperate and immoral crime scene journalist.

Jake Gyllenhaal's performance in Nightcrawler has been highly praised by critics ahead of the film's US and UK release.

Read More: Author Claims To Be Son Of Zodiac Killer - Remember The Movie?

By Rich Cline
Good
Writer Gilroy adds directing to his Bourne chores, shifting the franchise into a cerebral thriller punctuated by plodding action sequences. It's watchable, but doesn't have enough sense of character or purpose to make us care about anything that happens. 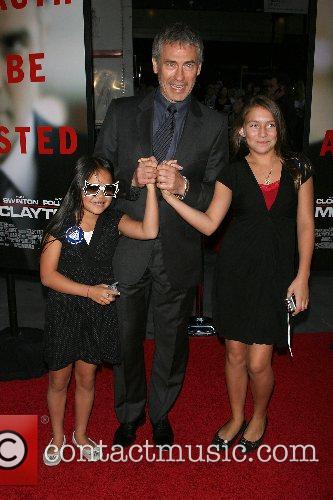 By David Levine
Very Good
Last year, Christopher Nolan took memory loss to a new level with his masterful thriller Memento, in which the hero tattoos notes on his body to help him cope with his condition. This year, the amnesiac champion of The Bourne Identity uses brains and brawn as a means of sorting out his memory loss. Doug Liman directs Identity with the same degree of creativity as he demonstrated with Swingers and Go, despite some reportedly epic studio and script squabbles. This time, however, he works on a much grander scale.

By Max Messier
Extraordinary
Good films are hard to find these days. Great films are beyond rare. Proof of Life, Russell Crowe's one-two punch of a deft kidnap and rescue thriller, is one of those rare gems. A taut drama laced with strong and subtle acting, an intelligent script, and masterful directing, together it delivers something virtually unheard of in the film industry these days, genuine motivation in a story that rings true.