According to The Wrap, Kelly was arrested by the Los Angeles County Sheriff's at 12.50pm on Saturday, though had been released on bail by Saturday evening. The arrest comes after the actress' 2010 DUI arrest in North Carolina which led to a fine and year-long probation. Lisa left That 70's Show after three years, with screenwriters choosing to have her character attend beauty school. She briefly returned to the show in the fifth season, starring in four episodes, but was eventually replaced by Christina Moore for the sixth season. Since then, the actress has little in terms of movie credits, though she did appear in the 2005 movie The Food Chain: A Hollywood Scarytale - a low-budget retelling of the Grimm's Snow White tale.

Several of the original 70's Show have gone on to bigger and better things, with Ashton Kutcher and Mila Kunis both establishing themselves as Hollywood A-listers. Elsewhere, Topher Grace has appeared in numerous high profile movies, as has WILMER VALDERRAMA. 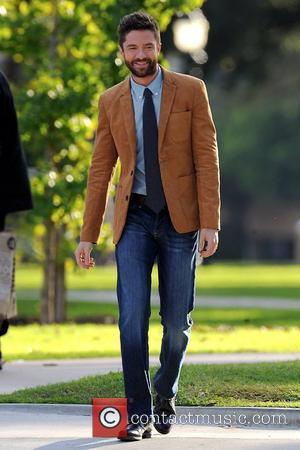