Tori Spelling: My marriage is 'stronger than ever'

Tori Spelling says she and husband Dean McDermott's marriage is ''stronger than ever'' and he insists the couple's relationship is ''healthier'' since he cheated on her last year. 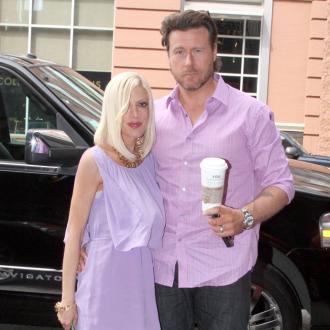 Tori Spelling insists she and her cheating husband Dean McDermott are ''stronger than ever''.

The 41-year-old reality TV star says the couple are in a ''really great place'' despite the 48-year-old actor cheating on her late last year, and he insists they are now in a ''healthier relationship'' because his antics made them realise they needed to ''deal'' with aspects of their marriage which they have now resolved.

She said: ''We can only go day by day, because, you know, we are working on things. Today, we're stronger than ever. We're really great. We're in a really great place.''

Dean - who married Tori in 2006 - added: ''I've said it before - it's unfortunate that these events took place to get us where we are today, because today we're stronger and more in love than ever.

''We have a healthier relationship because of it, we're communicating, we're working on ourselves.

''It unfortunately took that - especially for me - to sit me down and go, 'You need to deal with some things.' ''

Tori admitted she is proud of their reality TV show 'True Tori' and insisted it is not staged because people get to see what is really going on in their lives.

Speaking on 'Access Hollywood Live' on Tuesday (09.12.14), she added: ''Watching other shows, I can see what's produced, because I'm in the thick of it. I'm happy to say that ours is completely legit.

''People might say at times it's too heavy, but it's what's really going on. We're not perfect - no couple is.''

This comes after the former '90210' star admitted she would like to carry on with the programme even if Dean leaves the Lifetime show after he announced plans to do so last month.