Actress-turned-reality Tv Star Tori Spelling Is Recovering After Undergoing A Skin Graft To Treat A Nasty Burn She Sustained In A Freak Accident At A Restaurant Earlier This Month (Apr15). 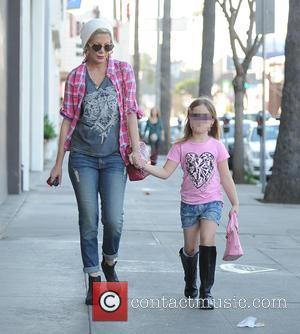 The former Beverly Hills, 90210 star tripped and fell on a hot Japanese-style grill during a visit to an eaterie in Los Angeles with her family on Easter Sunday (05Apr15).

She was later admitted to the Grossman Burn Center in West Hills, California with an injury to her right arm, and her husband Dean MCDermott has now revealed the actress needed a skin graft to treat the wound.

He tells the New York Daily News, "It was an unfortunate accident. She had a little burn. She had to get skin grafts... We turned it around and had a lovely Easter."