Rockers Toto Have Lined Up A 2016 Tour Of Europe And The Far East, But The Group Will Be Without Founding Member David Hungate. 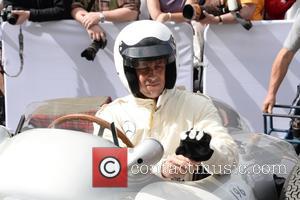 The band will promote new album Toto XIV on the road but bassist Hungate won't be along for the ride this time.

He announced his departure in a press release, which was issued by the band on Tuesday (29Sep15).

It read: "The past two years' reunion with Toto has been one of the sweetest experiences and greatest honors of my life. All good things must come to an end, however. I no longer have the stamina and resilience required for extended touring, and I do need to figure out what I want to be when I grow up.

"Much gratitude to the fans and friends who have supported the band over the years, and to my brothers in Toto... I can never thank you adequately for the music, the laughs and the friendship going back 40 years. Love and happy trails to you all."

A band statement reads: "Huge love and gratitude to our brother David Hungate for his gifted playing, his amazing professionalism and good humor. It was awesome having you back these last two years and we will cherish the memories. You have not seen the last of us. Stay well, brother."

The Africa hitmakers will end their run of 2015 dates with shows in Switzerland and Mexico. The band will begin the official leg of its 2016 mainland Europe tour in Belgium on 27 January.