Pixar's president Jim Morris recently revealed that the fourth instalment of 'Toy Story' will not follow or be similar to the three previous sequels.

Although 'Toy Story 4' is set for release on June 16, 2017, fans are already getting excited about the Pixar movie because the studio's President Jim Morris recently revealed it will not follow or be similar to the three previous sequels.

"The third movie was over in a beautiful way and completed a trilogy. I think this movie is not part of [that] trilogy," Morris said to Disney Latino (translation via Google). "We are putting together a very nice story. It is not a continuation of the end of the story of 'Toy Story 3.' Temporarily it is, but it will be a love story. It will be a romantic comedy. It will not make much focus on the interaction between the characters and children. I think it will be a very good movie."

More: 'Frozen' Is The Biggest Animated Movie Of All Time: Step Aside 'Toy Story 3'

Despite the exciting revelation, it doesn't come as too much of a surprise that Pixar are heading in a different direction with the beloved franchise. When plans for 'Toy Story 4' were announced last November, the director John Lasseter, who helmed the first two 'Toy Story' films, spoke about being thrilled with the decision to change up the storyline.

Along with Lasseter, Andrew Stanton, Pete Docter and Lee Unkrich, who worked on all three previous films, came up with the new plot.

"We love these characters so much; they are like family to us," said Lasseter in a statement at the time. "We don't want to do anything with them unless it lives up to or surpasses what's gone before. Toy Story 3 ended Woody and Buzz's story with Andy so perfectly that for a long time, we never even talked about doing another Toy Story movie. But when Andrew, Pete, Lee and I came up with this new idea, I just could not stop thinking about it. It was so exciting to me, I knew we had to make this movie-and I wanted to direct it myself."

More: What Is It About Animated Sequels?

Toy Story 4' will have awfully high expectations based on the success of the trilogy which earned an enormous $1.94 billion worldwide. The third instalment, released in June 2013, achieved a franchise high of $1.1 billion worldwide, and won two Academy Awards. 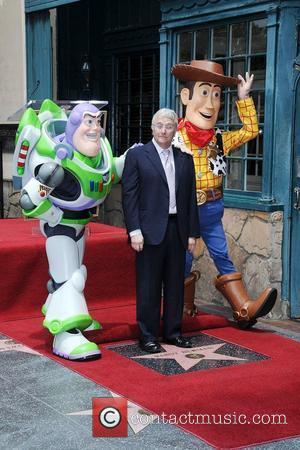