La Toya and Paris Jackson celebrated Michael Jackson's birthday by partying with an impersonator of the late singer, during celebrations in his hometown of Gary, Indiana. 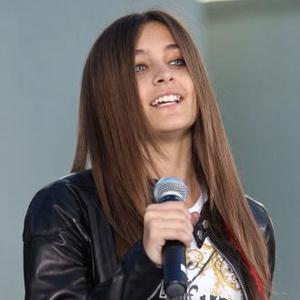 La Toya and Paris Jackson celebrated Michael Jackson's birthday by partying with an impersonator of the late singer.

While they were there, his sister La Toya and his 14-year-old daughter Paris attended the annual 'Goin' Back to Indiana' birthday Celebration where they posed for pictures with tribute artist Carlo Riley.

On his birthday, Michael's fans held a vigil outside his childhood home yesterday and were thrilled when Paris and her 15-year-old brother came to join them.

Before the vigil, Paris and Prince were given blue 'Team Gary' T-shirts by Gary Mayor Karen Freeman-Wilson as they posed for pictures at a casino overlooking Lake Michigan.

Paris later told fans: ''We just want you to know how much he meant to us and the city of Gary.''

Michael - who was also father to 10-year-old Blanket - died from acute Propofol intoxication aged 50 and his personal physician Dr. Conrad Murray is currently serving a jail sentence for the singer's involuntary manslaughter.