Actress/comedienne Tracey Ullman Is Mourning The Loss Of Her Mother After She Was Killed In A House Fire. 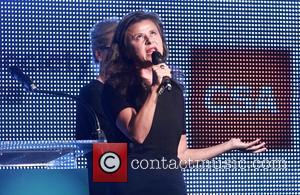 Picture: Tracey Ullman - A host of stars were photographed at the Casting Society of America 30th Annual Artios Awards which were held at the BPM...

Doreen Skinner, 85, was found dead at her home in Buckinghamshire, England last week (ends29Mar15) by firefighters who were called to tackle a blaze at the retirement property.

The fire was believed to have been started by a cigarette which was not properly extinguished.

A spokesperson for the star says, "Tracey and her family are deeply saddened by the death of her mother, Doreen. The family would like to thank everyone for the kind messages they have received and ask that their privacy be respected at this difficult time."

The sad news comes just weeks after Ullman announced plans to return to her native Britain to work on a new TV project 30 years after quitting the U.K. to seek fame in the U.S.