Tracy Morgan Has Been Attacked By The Relatives Of His Late Pal James 'Jimmy Mack' Mcnair For Failing To Pay Tribute To The Tragic Comedian As He Returned To The Spotlight At The Emmy Awards On Sunday (20sep15). 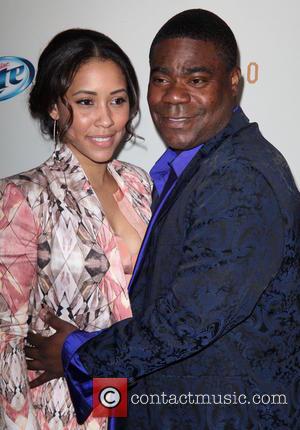 The former 30 Rock star received a standing ovation as he hit the stage at the Los Angeles ceremony, more than a year after he was involved in a horrific car accident which cost MCNair his life.

Morgan suffered severe head trauma and other injuries in the New Jersey crash in June, 2014, and he thanked everyone for their prayers as he made his Emmys return on Sunday.

He said, "I miss you guys so much... Last year, (comedian) Jimmy Kimmel stood on this stage and said, 'We'll see you back here next year, Tracy Morgan'. Jimmy, thanks to my amazing doctors and the support of my family, my beautiful new wife, I'm here standing on my own two feet. God bless all of you for your love, your prayers and your positive thoughts over the past 15 months.

"I'm honoured to be at the Emmys, I always have been honoured to be here. It's been a long road back; I suffered a traumatic brain injury that put me in a coma for eight days."

However, Morgan's emotional speech left MCNair's family far from impressed as the funnyman didn't even get a mention from his old friend.

MCNair's sister Pamela tells the New York Daily News, "I understand it's been a great ordeal for Tracy over the last 15 months. I just feel in some form or fashion, he should have acknowledged my brother - his mentor - because he lost his life.

"Emotionally, we're still devastated and healing. It's a tragic loss of a great human. My brother was just an awesome individual.

"I know there's a healing process, mentally and emotionally. I'm sure being in that limo and seeing certain things, it was highly traumatic for him (Morgan). But just take a minute along the way to acknowledge my brother. He has children, siblings, a big family all bearing that same pain."

In an angry Facebook.com post on Monday (21Sep15), he writes, "You take the Emmy stage and give a speech and tell jokes in front of thousands of people. But you don't show up to celebrate the life of your best friend 'Uncle Jimmy MACk' at his (funeral)...

"There's no excuse for this type of behavior. My sister and I have yet to hear from Tracy Morgan and that's real!"

Morgan has yet to respond to the criticism, but he previously revealed he was still struggling with his recovery as MCNair was laid to rest last year (14) and he watched news footage of the funeral online.

During a candid TV interview in June (15), Morgan added of his friend's passing, "Bones heal. But the loss of my friend will never heal."