Tracy Morgan, Miley Cyrus and Amy Schumer have all been confirmed as hosts for the first episodes of the new series of 'Saturday Night Live'. 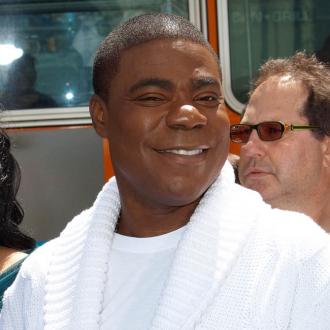 Tracy Morgan is returning to 'Saturday Night Live' for the first time since he was involved in a car accident.

The '30 Rock' star - who was a cast member on the show from 1996 to 2003 - will host the programme on October 17 in what will be his first television performance since he was critically injured in a crash in June 2014.

Following the announcement of his appearance, the 46-year-old comic tweeted: ''Stoked to be going home.''

Show bosses also announced that 'Wrecking Ball' hitmaker Miley Cyrus will return to host for the third time for the season opener on October 3, with 'Trainwreck' star Amy Schumer taking the helm the following week.

In February, 'SNL' celebrated its 40th anniversary and though Tracy - who suffered a traumatic brain injury, broken femur, broken nose and broken ribs in the crash - was invited to appear on the special show, he wasn't ''mentally or emotionally'' ready.

A source said at the time:

''They really wanted him to be there, but when it came down to it, he just isn't mentally or emotionally ready to appear on TV yet.''

Instead, Alec Baldwin and Tina Fey paid tribute to Tracy during the show.

Alec tried to impersonate his '30 Rock' co-star while Tina made a heartfelt speech about him.

She said: ''I wish my friend Tracy Morgan was here tonight. I know he was hoping he would be well enough to be here too.

''If he were here tonight I am sure Tracy would remind us that more than anything, he would like to get us all pregnant. See you at the 41st, Tracy. We love you.''