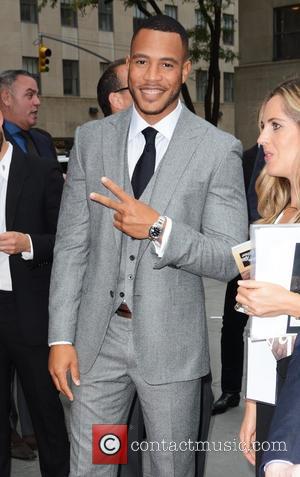 Gealey plays Terrence Howard's ex-fiancee on the hit hip-hop drama, while Byers portrays the actor's onscreen son, Andre Lyon, and the two sparked rumours of a romance earlier this year (15).

In July (15), they hit headlines yet again when speculation suggested Byers had popped the question and asked Gealey to be his wife on her 31st birthday, and during an interview on Tyra Banks' new U.S. chat show FABLife on Wednesday (07Oct15), Gealey not only confirmed their low-key relationship, but their engagement as well.

When asked how she feels on the topic of workplace romances, Gealey said, "I'm not a fan of flings when you work because that's when it gets a little dangerous.

"I mean if you want to have flings in real life that's fine, but I think if you do get involved at the workplace you have to know that this is something you do want to get invested in and it's not just something that's frivolous and fleeting. You have to have the maturity to know that if this doesn't work out, you're not going to throw staplers at each other."

Banks pressed Gealey about her own rumoured workplace relationship, and she held up the sparkling diamond ring on her left ring finger, exclaiming, "My love for real, for real and (it's) not a fling... I'm engaged!"

"Have you told anyone this?," Banks asked, prompting her guest to respond, "I just did!"