Exes Barker And Moakler Living Together 'For The Kids' 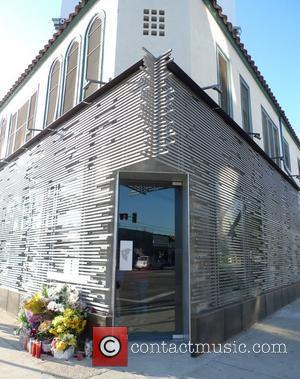 On/off couple Travis Barker and SHANNA MOAKLER are still living together at the rocker's California home, despite splitting again last month (Mar09).
The pair ended its two-year marriage in 2006, but became close again after the Blink-182 drummer almost died in a plane crash in South Carolina last September (08).
Former beauty queen Moakler moved into Barker's Calabasas mansion soon after the accident to help nurse the star back to full health, but they parted ways once more after falling out on 31 March (09).
However, the former couple - who share son Landon, five, and daughter Alabama, three - has decided to continue living together and play happy families.
A source tells Us Weekly magazine, "(They are living together) for the sake of the kids. They are getting along, but aren't romantic or getting back together."