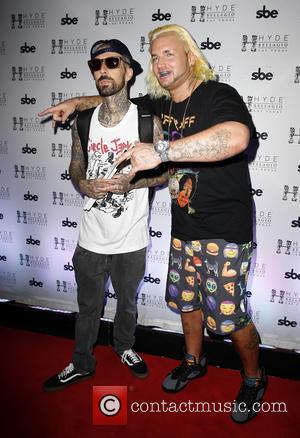 The Black Widow singer and the Blink 182 drummer first met at a Los Angeles radio station's All-Star Celebrity Basketball Game on 20 September (15), and have been inseparable ever since, according to Us Weekly.

"Rita sought him out and gave him her info," a source tells the publication. "They have been together every day since. He's really into her. He likes interesting women and she's beautiful."

Meanwhile, Barker was married to beauty queen Shanna Moakler, with whom he shares three children. Earlier this year (15), he was linked to model and UFC ring girl Arianny Celeste.