Blink 182 drummer Travis Barker plays every show ''like he could die,'' and prepares to play like a boxer prepares for a fight. 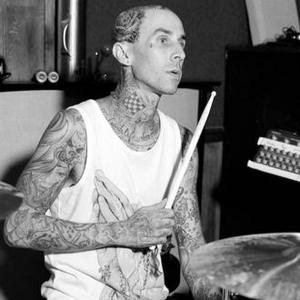 Travis Barker plays every show ''like he could die.''

The Blink 182 drummer performs with as much energy and power as he possibly can at every concert, preparing for each as if he were a boxer.

He told RedBulletin magazine: ''It's like you're getting ready for a fight. I lock myself in my room, warm myself up for an hour and go out there and do the damn thing. I always play like I could die out there and give it my all. And there's only three of us up there - it's an awesome feeling.''

Travis - who is in the band with Tom DeLonge and Mark Hoppus - is playing with Blink 182 at a number of European festivals, and loves the reaction the group get.

He added: ''I really enjoyed our last trip to Europe. It was crazy playing for 200,000 people. It's insane. You don't have festivals like that in the US.

''Rock is alive and kicking ass in Europe. It's bigger than ever. It's like the ocean - you can see people for days.''

Travis almost died in a plane crash in 2008, and since then has not been able to fly, getting boats across the Atlantic, but says he is determined to overcome his fears so he could perform in Australia again.

He added: ''I'm contemplating getting knocked out and getting on a plane to Australia. I want to overcome that eventually. When I do, I think it's going to be Australia. I trust [airline] Qantas. They never had a crash, never had a fatality - knock on wood. It's something I want to overcome for me - and my kids are scared to death to fly. I want them to witness me overcome it.''

Visit www.redbulletin.com to read the full feature with Travis and to download the Red Bulletin iPad app for free, for more sports, culture and lifestyle content.