Blink-182 drummer has revealed he is more comfortable amongst rappers than rock musicians. 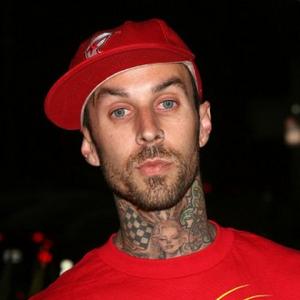 Travis Barker says he has more in Common with rappers than rocker "fools".

The drummer - who is a member of rock group Blink-182 - has appeared on tracks by rappers P. Diddy, Bun B, Bubba Sparxx and Pharrell Williams and says he feels hanging out with them is "natural".

He told www.complex.com: "It seems like I have more in common-or hit it off better-with rappers than fools that are in rock music.

"It was always natural for me. And I'm a huge fan. Whenever I get an offer or hear a guy like Wayne shout me out on a mixtape, it's like, 'What the f**k!' I'm always flattered. Totally honoured, stoked, or whatever."

Travis said he gets really upset, however, when rock fans get mad at him for indulging his love of hip hop and playing onstage with rappers.

He added: "I got people who were mad when I played the Grammys with Wayne, Drake, and Eminem. That's one of the biggest highlights of my life, and they'll be like, 'stop playing this rap s**t! You know what I mean? It's like, 'F**k you, man!'

Travis is presently in the studio with Blink-182 working on a comeback album.