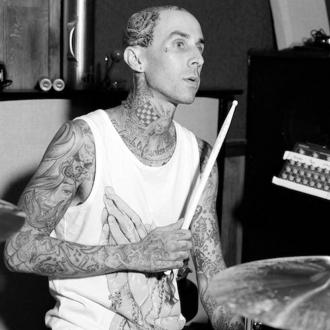 Travis Barker believes his tattoos make police suspicious of him.

The Blink 182 drummer claims he has been unfairly ''profiled'' twice by the Los Angeles Police Department who immediately presumed him to be a drug-dealer and a member of a violent gang because of his extensive body art.

A spokesperson for the 39-year-old rocker told gossip website TMZ that he was pulled over by police while he was on his way to pick up his daughter in his customised Chevy in LA last Wednesday (17.10.12) for not having a front licence plate.

The spokesperson said upon seeing Travis's tattoos the police officer ''accused him of having drugs and weapons in the car'' before suggesting he was a member of a gang.

His car was then searched and the father-of-three was free to leave the scene with a ticket and a warning to replace his licence plate.

According to Travis, this is the second time in a year that he was incorrectly accused of being part of a gang and carrying drugs because of his appearance.

Earlier this year Travis admitted he is still traumatised after surviving a horrific plane crash in 2008.

The drummer and DJ AM were left in ''critical but stable'' condition after the accident that killed four passengers, and it still haunts him.

Investigators from the South Carolina crash had revealed that one of the Learjet's tires blew as it sped toward takeoff.

The captain - who only had 35 hours of flight time and had not been properly trained to handle such incidents - made the decision to abort, but the plane was going too fast and ended up crashing into an embankment.

Travis and DJ AM - who died of an accidental overdose in 2009 - were the only survivors.