The 29 year-old singer thanked "everyone who went and spent their hard earned money," after scoring his second chart topping album on the Billboard 200. 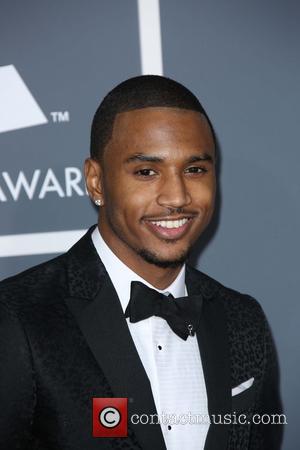 R&B star Trey Songz is at the top of the music ladder!

The 29 year-old singer has earned his second No.1 album on the Billboard 200, with the debuting 'Trigga.'

The new studio set, which hit the store on July 1st, sold an impressive 105,000 copies in the week ending July 6th, according to Nielsen SoundScan.

The last time Songz reached this accolade was back in 2010 with 'Chapter V,' which also debuted at No.1 by selling 135,000 in its first week of release.

Although 'Trigga' gives the 'Na Na' singer his second chart topper, it stands as his smallest opening sales week since 2007's 'Trey Day,' which reached No.11 with 73,000 copies.

On hearing the news that his album went straight to No.1, Songz took to Twitter to show his appreciation.

"Thank you to everyone who went and spent their hard earned money on my album," he tweeted. "#TRIGGA #1 because of you all. I'm forever grateful. #LOVE."

Coming in second place was British singer Ed Sheeran with his latest release 'X,' although it debuted at No.1 by shifting 210,000 last week, only 53,000 copies were sold this week. Another British star, Sam Smith, landed in the 3rd spot with 'In The Lonely Hour' selling 45,000 copies.

South African metal band Seether's 'Isolate & Medicate' landed in the 4th position with just over 37,000, and rounding off the top 5 is Disney's 'Frozen' soundtrack, spending its 28th consecutive week in the top tier of the album charts.

One of the most disappointed sales figures of the week belong to Robin Thicke, his latest album 'Paula' only managed to debut just inside the top 10 at No.9, selling a measly 24,000 copies. This is a far cry from the 37 year-old singer's 2013 'Blurred Lines,' which skyrocketed to No.1 with 177,000 copies. Songz earned his second No.1 album on the Billboard 200