R&b Star Trey Songz Is Single Again After Splitting From His On/off Girlfriend. 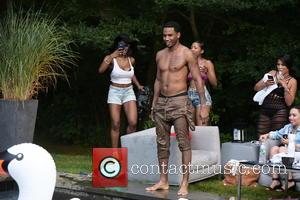 The Bottoms Up hitmaker recently revealed he had been close to model and jewellery designer Tanaya Henry for more than seven years before their friendship turned romantic, but it appears the couple has since called it quits.

Henry recently confirmed rumours of a break up on Twitter, after a fan quizzed her about letting Songz go, simply stating the relationship became "too messy".

Songz previously gushed about Henry on TV in June (15), telling U.S. talk show host Wendy Williams he "definitely would" consider starting a family with the beauty in the future.