Review of Baby Album by Tribes

There's something of a nineties Britpop feel to Tribes' blend and that's absolutely no criticism; they a strong, guitar based indie band with a troop of melodic tunes that frankly just hit the spot.

Following the early Feeder-esque opener 'Whenever', Tribes' solid June-released debut single, previously bravely heralded as 'nigh on a Wonderwall of its' generation', reeks of Suede, Ocean Colour Scene, Blur and everything that was good about nineties Britpop, soaring sing-along chorus and all. 'Corner Of An English Field' then falls right into Tribes' rapidly becoming trademark recipe of simple, predictable chord progressions flavoured by strong melodies, especially with its' particularly soaring chorus tune. The verse vocals trail of at the end of phrases bringing to mind a Libertines style laziness but the fact is Tribes are everything that The Libertines could've (should've?) been, with their key element being damn decent melodies. 'Halfway Home' is the token down-tempo number with picked guitar accompaniment, spacey chorused vocals and a real gentle beauty and sensitivity about it. Nostalgic, verging on melancholic, but all the same honest and heartfelt, 'Halfway Home' sounds a lush 'ooh' refrain and simple slow-paced guitar solo that sing beautifully over the accompaniment which contrasts the manly confidence that other tracks swagger with. 'Sappho', another catchy and powerful one, is not alone in suggesting flavours of The Bends-era Radiohead in its scuzzy guitar-ridden opening and verses, which are then intercepted by tamer, strummed acoustic-flanked pre-choruses before launching into a charging chorus; the albums' concluding track 'Bad Apple' also later echoes the Radiohead comparison. 'Himalaya' takes the tempo back down somewhat to spacey meets grungy, again dominated by soaring vocals and underpinned by a melodic bass line, hence comparisons with early Radiohead, but also kind of Bowie-esque vocals; with roots and influence so clear and legendary Tribes precisely herald their well-placed ambition.


Later, the down-tempo, heartfelt track 'Nightdriving' is an emotional one, with a chorus that opens with the lyric 'what use is God if you can't see him?' before 'When My Day Comes' gears Tribes back to a borderline pop punk pace with their catchy upbeat pound. The albums' penultimate track 'Alone Or With Friends' is like the calmer, Noel-sung Oasis tracks; a softer vocal tone that's accompanied by steady strummed acoustic guitar then joined by thudding toms and scuzzy electric guitars.


A band whose musical sound proves their hunger, Tribes are undoubtedly chomping at the bit for the forthcoming NME tour, and well received they'll be. Baby is laced with nostalgia in an entirely good, looking back to look forward kind of fashion. Simple it may be but it is also solid and strong; a cracking debut from the Camden-based collective. 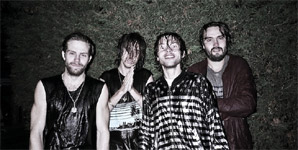 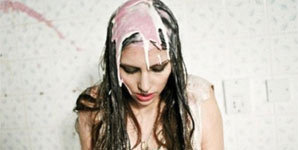