A tape featuring Tupac Shakur receiving oral sex while dancing along to his own song has been discovered. 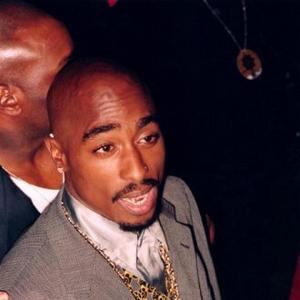 A sex tape featuring Tupac Shakur has been discovered.

The five minutes of footage allegedly shows the rapper - who died from injuries sustained in a drive-by shooting in 1996 - receiving oral sex from an unidentified woman while he sings and dances along to his own music.

The footage was filmed during a house party in 1991 and also features Tupac, with a drink in one hand and what is thought to be a marijuana cigarette in the other, engaging in conversation with Money B from Digital Underground while the woman continues the act.

According to TMZ.com, plans are now underway to release the recording.

Tupac is not the first celebrity to appear in a sex tape.

Former Playboy model Kendra Wilkinson was left "hurt" last year when a video she made with then-boyfriend Justin Frye when she was just 18 was released as a DVD entitled 'Kendra Exposed'.

In 2004, footage surfaced of Paris Hilton participating in several sex acts with her ex-lover Rick Salomon and it was eventually released as a DVD entitled '1 Night in Paris'.

In 2007, a DVD entitled 'Kim Kardashian Superstar' was put on sale and featured the socialite and her former boyfriend Ray J having sex.