A popular children's fairytale may inspire the title forTrap For Cinderella, but the new trailer for upcoming British thriller shows that it's not one for the kids.

Adapted from a French novel of the same name, written by Sébastien Japrisot, the film is directed by Iain Softley; a British director who made his name in television drama then went on to direct thriller The Skeleton Key(2005) and family fantasyInkheart(2008).

Fun-loving party girl and heiress, Micky, is the exact opposite of Do's quiet, introverted bank clerk. Nevertheless, the pair embrace each other as old friends. The pair's tranquil return to the French villa of their childhood takes a sinister turn as a fire breaks out. Micky wakes up in hospital - badly burned and unable to remember anything of the alarming events. Micky embarks upon a quest to piece together not only the destructive event, but the rest of her life - family, friends and lovers.

The trailer gives flashing retro snapshots of the film - evoking Micky's confusion as she struggles to recall her life before the fire: two girls in romantic embrace, summer scenes, joyful revelry and then the fire, ending with the statement: "Sometimes you get a chance and you can change your life forever."

Premiering at the Brussels Film Festival, the first reviewers describe the film as "A sexy throwback to suspense films of yesteryear" and the two young lead actresses are praised, channelling "elegance and class." Middleton, known for her role in 2009 Brit horror-comedy, Tormented, brings an "intoxicating train-wreck of a character" to life, whilst Welsh Alexandra Roach (The Iron Lady, 2011) plays a vulnerable, obsessive Do "with ease."

A viable antidote to the dominance of big budget summer blockbusters, Trap For Cinderella will hit cinemas nationwide on 12th July this year. 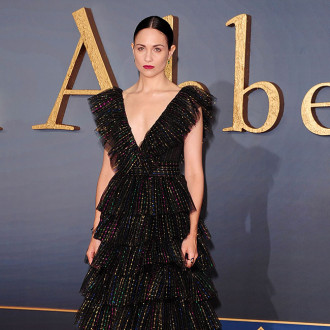