Perhaps more than any other recent album release on 4AD in recent months (save possibly for Grimes, if we're going to get particular), Twin Shadow has got the music world in something of a spin. The propellant for this errant spinning stems partly from the degree to which listeners are willing to forgive, overlook or be oblivious to George Lewis Jr's seemingly obvious influences. Unless you are somehow able to listen to 'Confess' in a cultural vacuum, it's more than likely that those references are going to creep into your evaluation of Lewis' work. 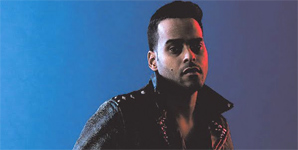 That said, it's not as though we're accusing the guy of letting his parents help him with his homework, here. Influence or otherwise, Twin Shadow's 'Confess' is a worthy component of 4AD's stellar 2012 release roster. From the offset, George makes no bones about his intentions on this album. Grandiose from the very start, 'Confess' bleeds ambition, to the point that 'ambition' probably had its own channel on the mixing desk. There are shades of the 1980s weighing heavy all over 'Confess.' In fact, whoever is planning making that ill-advised Top Gun 2 movie would do well to keep George Lewis Jr on speed dial if they want a soundtrack to rescue their terrible idea from the cinematic laughing stocks. (On second thoughts, please don't tell them that I suggested that).

Somehow. and there is clearly some kind of alchemy at work here, cliché is averted; 'Five Seconds' could easily sound tragic in more careless hands. But it's rousing stuff. The kind of 'rousing' that will, no doubt, have indie idealists recoiling in horror. We're talking drive-time radio kinda rousing. That's the territory we're veering into here, to make it clear. The next track, 'Run My Heart' is the one where the Springsteen Radar begins to buzz so loudly that it threatens to drown out the sound of the song. It's also one of the strongest tracks on the album. Go figure. It's the one all those indie idealists will be singing along to, stripping down to their vests and punching the air when they're done recoiling in horror.

Lyrically, Twin Shadow achieves that infuriatingly tricksy feat of writing words so simple and so straightforward that Hallmark would probably reject them for a lack of effort. Yet, like some kind of linguistic Pandora's Box, they are so sodden with meaning, they leak pure heartache. He wants to cherish every kiss, he wants us to tell him what we believe, it's all evening endings and suns going down, it's everything that everyone has already sung about every day, forever and ever. Just with a whole new genetic strain of heartbreak attached to it. Infuriating. Strangely satisfying.

Twin Shadow's intentions are as crystalline and bold as the production. The kind of 'rock' that will stand next to the word 'classic' with ne'er a hint of shame but also toys with invention and isn't shying away from its own identity. It's worth ignoring the elephant in the room and revelling in the craft.