Rapper Future Has Taken To Twitter To Shut Down Rumours About His Love Life After He Was Linked To Tyga's Ex-fiancee, Blac Chyna. 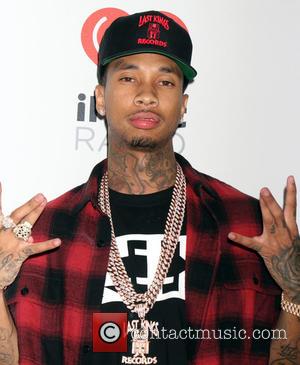 The Commas star, who split from his fiancee Ciara last year (14), was recently linked to the busty model - and she appeared to confirm the speculation by having his name tattooed on the side of her hand.

However, on Tuesday (27Oct15), Future dismissed reports he is getting serious with Chyna after a month of dating, declaring he isn't even in a relationship.

He simply posted, "Single & focusing on what makes me happy", before adding of the online gossip, "U kno I dnt f**k wit no rumors (sic)..."

Chyna has yet to comment on his remarks or her new ink.