Rapper Tyga And Boxer Victor Ortiz Are Adding To Their Acting Resumes By Joining The Star-studded Cast Of Bruce Willis' Upcoming Action Comedy. 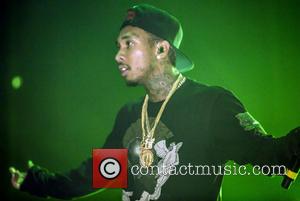 Tyga recently appeared in hip-hop drama Dope, and Ortiz shared the screen with other heavyweights in The Expendables 3, and now both are going out of their comfort zone in the as-yet-untitled comedy, which features Willis as a private detective.

The film follows Willis' character as he attempts to rescue his beloved pet pooch who is stolen by a notorious Los Angeles gang.