Tyga: 'I Didn't Leave My Family To Be With Kylie Jenner' 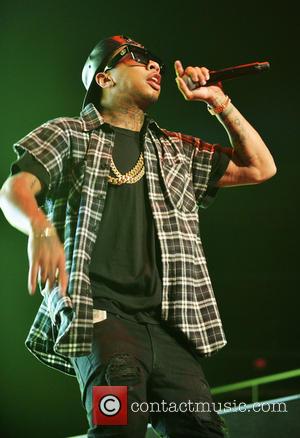 Picture: Tyga - Shots from the 'Between The Sheets Tour' which saw a variety of artists perform at the BB&T Center in Sunrise, Florida, United States...

Rapper Tyga has denied allegations by model/singer Amber Rose that he left his partner and son for Kim Kardashian's half-sister Kylie Jenner.

Rose become embroiled in an argument with reality Tv star Khloe Kardashian over social media on Monday (16Feb15) after Rose said in a radio interview that Tyga should be "ashamed of himself" for leaving her good friend Blac Chyna and their son for 17-year-old Jenner.

Tyga, 25, who has previously denied dating Jenner, made an appearance on radio station Power 105.1's The Breakfast Club show on Tuesday (17Feb15) to insist Rose's accusations are false.

He says, "Nah, I'm not dating Kylie. I'm not dating her, I just want to get that outta (sic) the way. I want it to be clear to everybody that I didn't leave my family to be with Kylie, you know what I mean? That's ridiculous.

"I feel like, you know, me and (Blac) Chyna, we broke up almost close to a year (ago) now because the decisions we made and things in our relationship that wasn't (sic) going right. So we decided to split to raise an emotionally stable kid. That's what we did and now we have a great relationship. I want to be clear about that, I didn't want to leave nobody to be with anybody..."