Tyga - who is rumoured to be dating Kylie Jenner - has admitted he ''loves'' her but insists it is just in a friendship way. 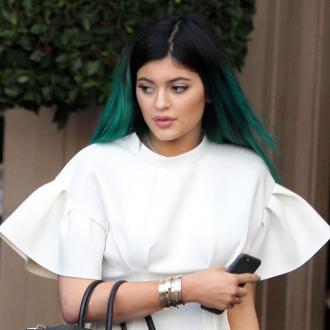 The 'Rack City' hitmaker is believed to be enjoying a relationship with the 'Keeping Up WIth The Kardashians' star but he played down the rumours by insisting it was ''all about a friendship''.

He told Hot 97: ''If I love her, and I love her as a person, ain't nobody else gotta deal with that. That's real. The more your friendship grows, it keeps growing. It's all about a friendship.''

The pair's relationship appeared to have been confirmed recently by Kylie's brother-in-law Kanye West, who praised the ''smart'' 25-year-old rapper for getting in ''early'' with 17-year-old Kylie.

He said: I think he got in early; I think he was smart. They're closer in age than a lot of relationships I know.''

Meanwhile, the television personality's mother, Kris Jenner, is reportedly ''furious'' with the 'Stronger' hitmaker for revealing Kylie and Tyga were an item.

A source shared: ''Kris is beyond furious with Kanye for saying Tyga and Kylie are in love. She adores Kanye but this is the one thing that drives her crazy about him - he can't keep his mouth closed.

''Kris knows about Kylie and Tyga's relationship but has purposely kept a lid on it for months because she was scared of the public's reaction - not to mention the authorities.

''She was protecting both Kylie and Tyga. Everyone was on board keeping the company line that Tyga and Kylie were just friends. Now Kanye has messed it all up.''