Tyga is suing the landlord he has been ordered to pay back rent to for breach of contract. 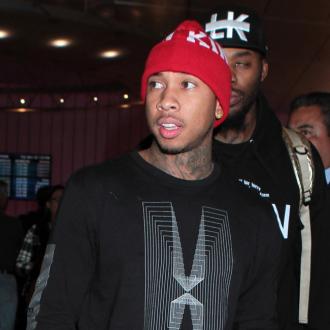 Tyga is suing the landlord he has been ordered to pay back rent to.

But Tyga's lawyer argues that his client put down $200,000 towards the purchase of the house and says he is suing the landlord for breaching the contract and not allowing the 'Rack City' hitmaker to obtain the property.

Lawyers for the rapper - who is dating 'Keeping Up With The Kardashians' star Kylie Jenner - claim Tyga and his landlord had agreed in September 2014 that the $200,000 would be a down payment for the property, which costs $8 million, according to PEOPLE magazine.

Earlier this year, the rapper was ordered to pay a separate landlord of his former home $80,000 in back rent. He was warned in a court hearing that he must pay out by the end of June in order to avoid paying the full amount, which came to $124,000 when interest on the payments were added.

And Tyga hasn't been afraid to splash the cash recently after buying his girlfriend a Ferrari for her 18th birthday earlier this month.