May Favourites 2019: Lewis Capaldi, Rammstein And More Albums That Are Re-defining Genres

Our top albums of the month.

May has been a triumph for artists both new and well-established as we look at their respective genre-bending latest efforts. Whether it's the rap game or the indie-folk category, these are May's best album releases; records that will leave an impression for the rest of the year ahead.

This Brooklyn band's new album is their 4AD Records debut and it's everything we could want from an indie-rock album. Female-led bands have become a very welcome trend of late, and Big Thief have already received widespread critical acclaim for their uplifting brand of modern folk that makes for essential summer listening.

The support his latest album 'Flower Boy', Tyler The Creator has announced a series of US tour dates which he will headline from October to November. He'll kick things off with an appearance at Camp Flog Gnaw Carnival in Los Angeles before travelling the length of the country. Tyler The Creator embarks on his US tour in October

The 26-year-old rapper topped the US rap charts with his new album 'Flower Boy', and now the nation will get to hear it all live as he embarks on a run of 19 dates starting with his very own event Camp Flog Gnaw on October 28th to 29th. It's the sixth annual event, taking its name from his clothing label Golf Wang but spelt backwards, and will also feature artists like 2 Chainz, A$AP Rocky, Earl Sweatshirt, Kid Cudi, Lana Del Rey, Migos, Solange, Vince Staples, Willow Smith and Jaden Smith.

Continue reading: Tyler The Creator Hits The Road With New US Fall Dates

The rapper is quite the character when it comes to chat shows.

One of alternative hip hop's most eccentric entertainers Tyler The Creator proved to be quite the guest to remember when he appeared on 'The Late Show with Stephen Colbert' this week, cheekily grabbing the host's butt and neglecting to wear pants for his interview. The rapper briefly lid his hand to Stephen Colbert's rear as he greeted him with a hug, then proceeded to deny he did such a thing. In fact, Stephen was forced to replay the footage in slow motion, to which Tyler broke his deadpan expression with a mischievous grin.

With his fourth album 'Flower Boy' coming soon, Tyler The Creator has shared his latest single entitled 'Boredom' as he gears up to appear at a handful of summer festivals, as well as his own Camp Flog Gnaw event. It also follows his new deal with Converse. The rapper was denied entry to Britain on August 26th.

Rapper Tyler The Creator has spoken out after he was denied entry to the UK last week over song lyrics which he had penned as his alter-ego. The rapper, real name Tyler Gregory Okonma, told The Guardian he had been treated “like a terrorist” after being handed a three to five-year ban by the Home Office. 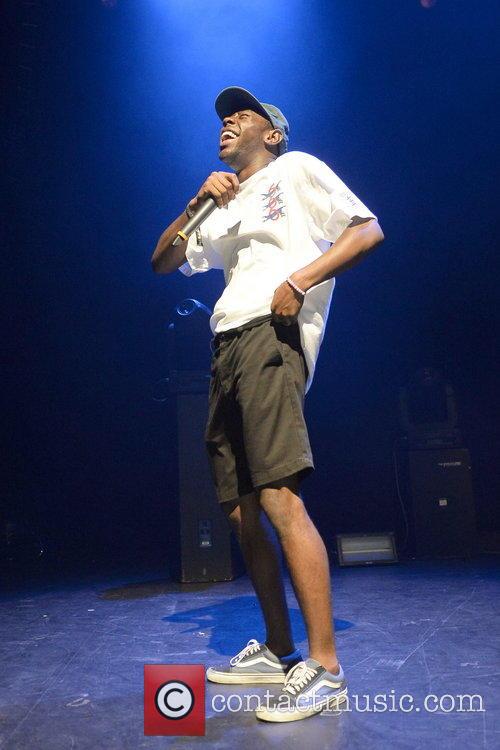 Tyler the Creator has been banned from entering the UK.

When Okonma tried to enter Britain on August 26th he was told he would not be able to enter the country for three to five years, with the Home Office claiming his presence would “not be conducive to the public good”.

Continue reading: Tyler The Creator Speaks Out On UK Ban 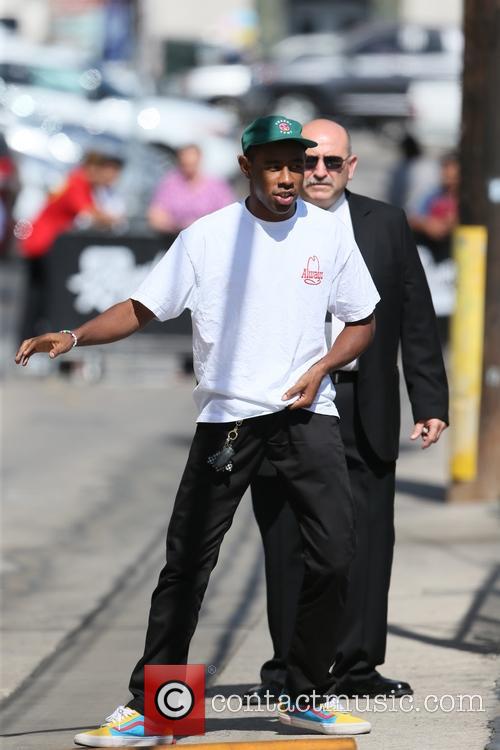 Kendall Jenner Parties With The V.I.P.s At Coachella, Before Being Called Out By Tyler The Creator

Kendall and her famous friends have hit the annual music festival, but Tyler The Creator doesn't appear to be a fan.

Kendall Jenner is living the dream of many a 19 year old by spending the weekend partying at the Coachella festival, surrounded by friends including Hailey Baldwin and Justin Bieber. But while Kendall and her friends seemed to be having the time of her life at the desert festival, the reality star later incurred the wrath of rapper Tyler The Creator, who called her out in a foul mouth rant during his set. Kendall has been partying at Coachella this weekend.

Performing on day two of the festival’s first weekend Tyler interrupted his set to address the V.IP. section of the audience telling them, “Y'all the n---as that got money and paid extra. F--k all y'all, y'all boring.”

Continue reading: Kendall Jenner Parties With The V.I.P.s At Coachella, Before Being Called Out By Tyler The Creator

The 24-year-old rapper will be performing on 44 dates across 2 continents on his upcoming tour, which kicks off in April.

Better late than never! Two months before his first show is scheduled, Tyler, The Creator has just announced that he will be heading out on a huge three month-long international tour that will span over North America and Europe. Tyler will be playing 44 shows across two continents

The upcoming tour, which is 44-dates long, will kick off on 6th April at The Marquee in Tempe, Arizona, and will then see the 24-year-old rapper play concerts in New Orleans, Jacksonville, Miami Beach, Richmond and Detroit, as well as two shows at Coachella Music Festival. Tyler The Creator Has Fun With Fans After 'David Letterman'