A Second Suspect Has Been Arrested And Charged With The Murder Of America's Next Top Model Contestant Mirjana Puhar, Three Weeks After She Was Found Dead. 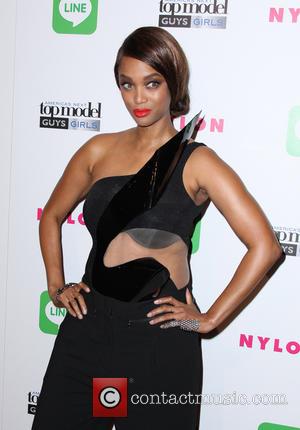 Picture: Tyra Banks - The premiere party of America's Next Top Model presented by NYLON and LINE attended by Lil' Mama and Tyra Banks -...

The 19 year old's body was discovered alongside that of her boyfriend Jonathan Alvarado and his roommate Jusmar Gonzaga-Garcia at the men's home in Charlotte, North Carolina on 24 February (15).

Police made the gruesome find after neighbours reported gunshots at the property.

Emmanuel Jesus Rangel, 19, was taken into custody on three counts of first-degree murder last month (Feb15) and on Thursday (19Mar15), a second man was arrested in connection to the crimes.

David Ezequel Lopez, also 19, was booked on the same three charges on Thursday night after voluntarily appearing for an interview with detectives.

The two suspects are being held behind bars by officials at the Mecklenburg County Sheriff's Office as the investigation continues.

Banks and her executive producer Ken Mok paid tribute to Puhar following her death, in a statement which reads: "We are deeply saddened to learn of the tragic news about Mirjana Puhar. She was a vivacious and promising young woman... Our hearts and prayers go out to her loved ones."