Tyra Banks has revealed her new pixie-style haircut has left her feeling ''very exposed'' as she's so used to having long, flowing locks. 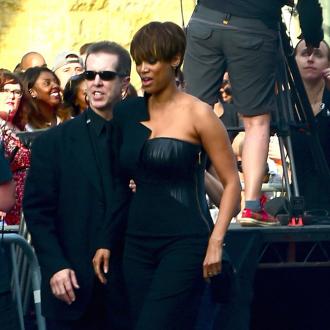 The 41-year-old model has admitted that going for the chop was a very scary process, having been famed for her ''long, golden hair'' for so many years.

Tyra said: ''I had long, golden hair as a high-fashion model, and a Victoria's Secret model and a Sports Illustrated model, and that's how people know me. But great brands tweak their logos and change up their formula, and I said it's time for me to do that.''

While the 'America's Next Top Model' judge claims that a rebrand was the reason for her image overhaul, it seems like her mum, Carolyn, may have also given her a push towards it, and may also have helped improve her posture with her advice.

Speaking to People magazine, Tyra said: ''My mum keeps talking about my neck. She says, 'They know you've got a neck now'. I now keep telling myself to push those shoulders back.''

Although she says the cut has left her feeling ''very exposed,'' the supermodel has said it's also changed her style of sense, explaining that ''structure and angles'' work best with her hair now.

Tyra said: ''Futuristic businesswoman is what I'm going for with this hair.''