Adriana Lima has revealed former Victoria's Secret Angel Tyra Banks gave her helpful advice when she first signed up to work for the lingerie brand. 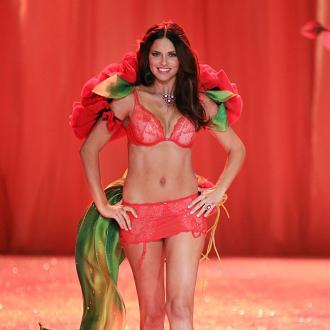 The former supermodel - who was a Victoria's Secret Angel from 1997 to 2005 - took the Brazilian beauty under her wing when she first signed up to work for the world famous lingerie brand.

''I was so nervous and she told me to just relax and be confident - that made me feel very comfortable. Everyone was so nice.''

The 'America's Next Top Model' host's advice resonated with the supermodel, who became a member of the elite Angels club for the underwear company in 2000, just one year after being hired, and has had a successful career as a model and actress ever since.

Adriana revealed her favourite moment of her career so far has been when Justin Timberlake serenaded the girls as they strutted down the catwalk.

She said: ''My favourite memory is when Justin Timberlake performed. It was fun with a lot of energy.''

The model is open to following in her fellow Angels Gisele Bundchen, Lily Aldridge and Alessandra Ambrosio's footsteps by designing her own clothing range.