Singer-turned-actor Tyrese Gibson Is Adamant His Upcoming Album Will Be His Last Because He Wants To Become A More Dedicated Father To His Young Daughter. 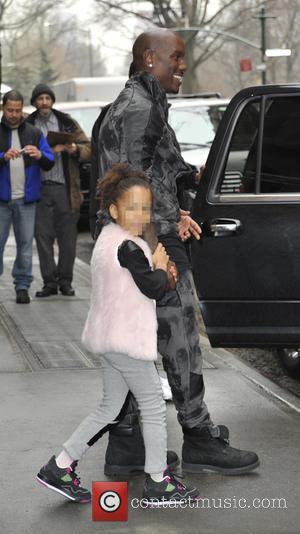 The Fast and Furious star previously announced plans to quit recording new material after the release of double album Black Rose this summer (15), and he reveals it's partly down to his desire to spend more time with his seven-year-old girl Shayla, who he was granted shared custody of last year (14) following a battle with his ex-wife Norma.

He explains, "I just landed more custody of my beautiful little angel and I'm at 50/50 (custody), and I got pick ups and drop offs. The daddy duties just went to another level..."

He continues, "This is album number six for me so I think most of us that's been doing it this long, we can pretty much tour for the rest of our lives on our catalogue, you ain't gotta drop a new album every new year (sic)."

Gibson's custody fight was back in the headlines this week (begs23Mar15) after a judge refused his request to ban his ex from taking Shayla on vacation to Israel, amid concerns she was planning on moving there for good and not returning to Los Angeles.