U2 Postpone New Album and Tour Until 2015

The Irish rockers have been forced to delay their album and accompanying tour due to a rescheduling issue with recording time. 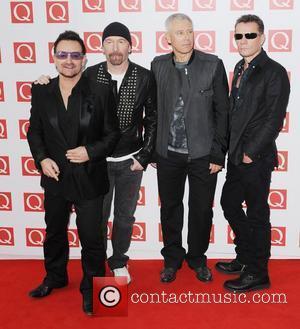 U2 fans have received some bad news news!

The Irish rock band have had to cancel plans of releasing a new album and embarking on a new tour due to not being able to find enough recording time, according to Billboard.

Their new studio set has been in the works for months, but U2 are waiting to schedule recording time with their producers Ryan Tedder and Paul Epworth.

"It seems to be taking longer or them to finish an album as they get older, but the great thing about U2 is that the whole of a record is always better than the sum of its parts," a source told Billboard.

Adding, "That magic that the band always seems to capture.they have yet to capture it."

It was initially believed that U2's next album was likely to be released in the summer of this year and their accompanying tour would have commenced this fall.

"We want it to come out this summer," Bono told USA Today this January. "But you don't want to let anyone down."

Billboard reports, the group's concert prompter Live Nation has rescheduled the tour for the summer of 2015.

But when their album finally does get released, fans will be in for a treat as Bono told Zane Lowe last month, "Until it's on the radio or online, it's not real. With U2, our album isn't finished until it's in the stores. It's tricky getting us four boys across the line. I think our band has something and [fans] know we don't just put albums out. We do think about it."